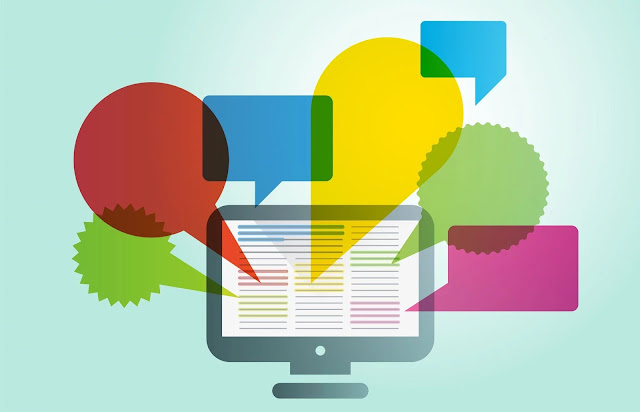 A slew of tools make it easier than ever for students and educators to have conversations in the margins of the texts they’re reading.
The other day I pulled out an old family cookbook and discovered several handwritten sticky notes scattered in the margins. These notes—written by me or my wife, or our relatives—included variations in cooking times (we live at a high elevation in Colorado, where cooking times do vary), ingredient substitutions (applesauce can replace sugar in brownies?), and other modifications.
Family cookbooks are an example of social annotation, a practice of collaborative notetaking that feels tailor-made for digital spaces even though it’s quite old. I recently spoke with Jeremiah (Remi) Kalir, an assistant professor at the University of Colorado, Denver, about digital and web annotation. Kalir coauthored an upcoming book on this topic called Annotation with Antero Garcia, an assistant professor at Stanford University.
As the book recounts, annotation is a centuries-old practice. For example, decorative images called drolleries were added in the margins of medieval texts as visual comments on themes in the text. “Antero and I argue that annotation has been a social, collaborative practice for over a millennium,” Kalir told me.
Social annotation today represents a paradigm shift from the traditional ways in which students and educators have interacted with texts. The older paradigm continues in the online discussion boards common in higher education courses and increasingly ubiquitous in middle and high school classrooms. But reading a passage and then answering a prompt in Canvas or Google Classroom can feel inauthentic—Kalir describes this activity as, “You do the reading, then set the reading aside, and then you go over to the discussion forum and reply to the reading.”
GGet the best of Edutopia in your inbox each week.
Email
WWEB-BASED TOOLS FOR ANNOTATION
There are many tools for social digital and web annotations, including Hypothesis, NowComment, Perusal, and Diigo.
There’s a thriving community of educators, designers, technologists, and researchers using Hypothesis, a free, open-source tool. Available as a Google Chrome browser extension, it lets users annotate publicly, and you can create private “rooms” for students.
Annotating directly on a text creates what scholars call an “anchored context for conversation.” In other words, the discussion is literally anchored in the source material. If a student is struggling with vocabulary, he or she can inquire right in the text itself. Students can also enhance texts by sharing personal connections. Annotations in Hypothesis include sticky notes and highlighting, as well as options that are unique to digital, such as commenting using images, animated GIFs, or embedded videos. Students reading a poem together can react by adding images or text to a stanza, rather than on a discussion forum separate from the text.
In the classroom, Kalir recommends “seeding the text”—adding your own conversation starters to model for students how annotative side conversations should take place. “Some people consider marking up books to be an act of love. I want my students to see some annotations when they open a text for the first time.”
When he’s annotating, Kalir asks open-ended questions. “Ask students to identify areas that they affectively, or emotionally, react to strongly….. With annotation tools like Hypothesis, students can create text-to-text and text-to-world connections, the associative trails that scholars have written about for decades.”
To learn more about Hypothesis, check out KQED’s free digital course for educators.
AA GEEKY BOOK CLUB FOR EDUCATORS
The Marginal Syllabus project is a partnership with the National Council of Teachers of English (NCTE) and the National Writing Project (NWP). Kalir started the project with Joe Dillon, a high school teacher in Aurora, Colorado. The idea was for teachers to read and comment, using Hypothesis, on articles that pertained to techquity (technology equity). NWP’s Christina Cantrill explained that the Aurora school district “was going through a tech upgrade and wanted to keep equity at the center. [The Marginal Syllabus] was established as a ‘geeky book club.’”
The Marginal Syllabus is a social collaboration between educators, who annotate texts on issues that affect people who themselves are marginalized. “It is definitely a partnership relationship, and sometimes that leads to authors also engaging in the participatory conversations, annotating on their own texts,” Cantrill said.
SSOCIAL READING IN MIDDLE AND HIGH SCHOOL
The NWP promotes social reading among middle and high school students through NowComment, a tool that’s similar to Hypothesis. Teachers upload content to the website, and students socially annotate it. NowComment was selected by the American Association of School Librarians (AASL) as one of 2019’s Best Websites for Teaching and Learning.
Cantrill shared several use cases of NowComment lessons, many of which are available as playlists on the LRNG platform. One example used teacher-curated mentor texts—sets of poems from places around the country. Students read, annotate, and comment on the curated mentor text poems. “Students use these mentor texts to help them write their own poems about the places that they love,” Cantrill explained. “It is a lovely way to scaffold in an investment into something, to annotate a mentor text to get underneath the techniques the poet is using, and then to use those techniques for your own poem.”
For more on K–12 use cases for social reading, head over to Youth Voices and see how New York’s Harvest Collegiate High School socially annotates poems. To learn more about geeky book clubs and the Marginal Syllabus project, check out NWP’s Educator Innovator resources.
Related Articles
July 27, 2019
0 1,023 4 minutes read
Share
Facebook Twitter LinkedIn Pinterest Reddit VKontakte Messenger Messenger WhatsApp Telegram Print
Share
Facebook Twitter LinkedIn Pinterest VKontakte Messenger Messenger WhatsApp Telegram Share via Email Print

Build Empathy and Understanding by Pairing Comics With Novels

How to Teach Handwriting—and Why It Matters

Can a computer really mark an exam? The benefits of automated assessment in ELT