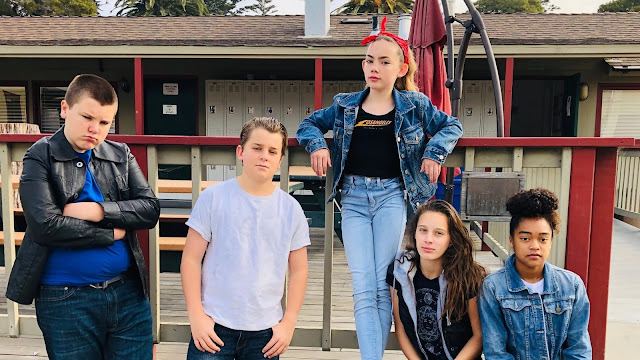 Connecting the novel The Outsiders to an anti-bias framework helps middle school students examine their biases.
Anti-bias education is an educational approach, beginning as early as kindergarten, to teach children how to recognize their own biases as well as the biases or prejudices of others. Once these biases can be named, students can begin to move away from conditioned beliefs about marginalized groups of people.
Curricula like Teaching Tolerance’s Anti-Bias Framework offer age-appropriate standards that begin with self-identifying skills and end with actionable steps students can take to make change in the world.
S.E. Hinton’s novel The Outsiders provided an opportunity for my seventh-grade class to explore anti-bias education. The plot, centered around two groups of kids from opposing socioeconomic backgrounds, was a fitting template for the Teaching Tolerance framework. But before we began reading the novel, we needed to lay some groundwork.
CCREATE A SAFE ENVIRONMENT
Teaching anti-bias often requires radical vulnerability of students. Educators must be sensitive to the challenges children face when sharing the often negative associations they believe about marginalized groups.
Middle school students have a developmental need to belong in their peer groups, and they don’t want to risk ostracizing themselves. Feelings of shame and responsibility can accompany the acknowledgement of their beliefs or preconceived ideas about minority groups. Helping students understand how they came to form their belief systems can assist in moving feelings of shame to empowerment. This is noticeable when a student can speak about and share their newfound tools for questioning bias and positively influence another.
Students can start to distinguish truth from myth and revise the principles they use to make judgements about others. Letting students keep their anti-bias work private in their notebooks, or working with one or two trusted classmates, produces the most honest self-reflection.
GGet the best of Edutopia in your inbox each week.
Email
IIDENTIFY AND EXAMINE BIASES
To begin our work around The Outsiders, I asked my students about their preconceived ideas about gang culture and poverty. We explored the root of students’ perspectives and questioned how those perspectives came to be. By examining the meaning of diversity and questioning who decides what is fair, the students identified the role of power in a given identity group.
Finally, we examined a series of photographs depicting diverse individuals. For each individual, we decided who we thought the person might be, based on identifying traits such as race, gender, assumed age, and how the person was dressed. After this process I gave students the actual background information on each individual, such as the job each person held and his or her level of education, which was often far from our guesses. The photo series exercise led to an illuminating discussion about the limits that our biases can place on people.
The goal is not for students to be able to change the very first thought or association that comes to mind about a minority group, but to catch themselves when they show their bias and to follow that up with a new, more informed thought.
IINCORPORATE LITERATURE
Following the initial anti-bias work, the students read Hinton’s novel. Although I had taught this novel several times, using the anti-bias lens gave profound new perspectives. Now we had language like generational poverty to explain why the greasers wore dirty, old clothes and systemic discrimination to explain why we, as readers, tend to attribute “bad” to the Greasers’ way of life and “good” to the Socs’.
With the anti-bias scaffolding, students were not only able to more easily identify the (mis)treatment of marginalized identity groups, but they also had a framework for tracing back where these ideas came from, who had the power to assert the ideas as truth, and what they wanted to do moving forward. One student said she was going to purposefully try and connect with people who seemed different from her, instead of going with her initial reaction of always looking for people who were like her.
At the end of the unit, students came to school dressed as a member from one of the respective gangs, either a Greaser or a Soc, to participate in a debate. They argued for why their group’s actions and treatment of others was justified. Students used the language of identity, diversity, prejudice, and bias in making their arguments and demonstrated their understanding of anti-bias education.
Many students had a change of opinion about the Greasers, originally the perceived underdogs from the wrong side of town. Students saw beyond the clothing, the cars, the houses, and the lack of education, and their ideas shifted dramatically. Learning about cycles of poverty gave students empathy for the parents in the novel who weren’t able to provide for their children.
Because of the anti-bias framework, my students decided The Outsiders is a call to action and that reading Hinton’s novel provides opportunities for solving larger problems in the world. My students are currently preparing an exhibit for the Santa Cruz Museum of Art and History that tells the stories of marginalized and excluded groups of people. Hinton’s work and the Anti-Bias Framework have prepared my students to share what they’ve learned with our larger community, taking actionable steps for change.
Related Articles
July 27, 2019
0 1,028 3 minutes read
Share
Facebook Twitter LinkedIn Pinterest Reddit VKontakte Messenger Messenger WhatsApp Telegram Print
Share
Facebook Twitter LinkedIn Pinterest VKontakte Messenger Messenger WhatsApp Telegram Share via Email Print

How to Teach Handwriting—and Why It Matters

Strategy for Use of English

Incorporating SEL as a New Teacher

Starting the Day With a Calming Routine

How can we encourage our learners to feel self-confident?

What should you look for in an English placement test?