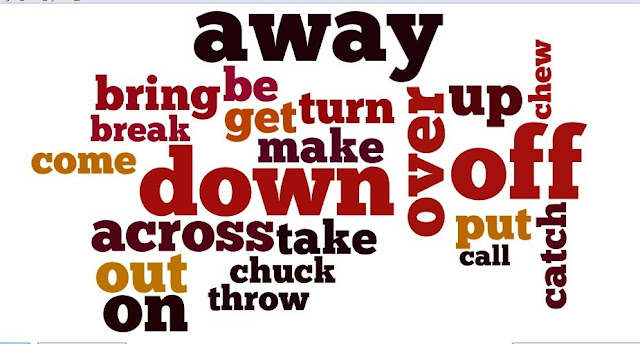 Hello ladies and gentlemen, we know that phrasal verbs are used informally. BUT… there are a handful which you will find in formal writing. And here are some examples (and these appear in the CAE):
COME ACROSS AS (appear as)
– The necessity of coming across as a rather sophisticated and collected man is paramount when impressing the opposite sex…. so said my mum.
COME ABOUT (happen/take place)
– The rapid development of feminist ideology came about due to British liberal politics and an increase in the price of razors.
BRING ABOUT (cause changes to something)
– Major spending is required to bring about substantial improvements in housing.
END UP (result in)
– The recent government policy regarding making razors free for all ended up in complete disaster.
SET OUT (intend to do smth)
– School management have set out with the aim of improving teaching quality across the board.
PUT FORWARD (offer an idea/opinion)
– The plans the government have put forward regarding the abolition of hamsters as household pets received a standing ovation.
STAMP OUT (eradicate)
– The police are intent on stamping out violent crime in the suburbs of London
… in 2025.
WORK OUT (calculate/solve)
– Tax rises will work out cheaper for the economy in the long run.
Related Articles
July 5, 2019
0 1,015 1 minute read
Share
Facebook Twitter LinkedIn Pinterest Reddit VKontakte Messenger Messenger WhatsApp Telegram Print
Share
Facebook Twitter LinkedIn Pinterest VKontakte Messenger Messenger WhatsApp Telegram Share via Email Print

10 Phrasal Verbs for a Casual Conversation

CAE PHRASAL VERBS: ACT ON/UPON & BACK UP – A lot of useful examples!

10 Phrasal Verbs with ON and OFF

VOCABULARY: 17 Phrasal verbs with ON 🎓