Kids build phonological awareness when the play with words. While playing with words, kids begin to hear patterns in spoken language. This knowledge then helps them understand how sounds and letters work as they begin to read and write.

Many children enter kindergarten familiar with rhyming words thanks to parents who have read nursery rhymes or books by Dr. Seuss. Parents are their child’s first teacher. Identifying and producing rhyming words is an important phonemic awareness skill. Research has also shown the importance of this.
Children who develop strong phonological awareness skills in their first years of schooling will in turn become better readers and writers as they continue through school.

Phonological awareness covers a range of early literacy skills that are typically mastered between starting kindergarten and finishing grade two. Simply put, phonological awareness is understanding what the sounds (in letters) are and how they work together to make words.

CVC words are an important tool when introducing many of the phonological awareness skills young children need to learn, because their simple pattern – consonant-vowel-consonant, makes it easier for children to transform individual sounds into short simple familiar words.With CVC words, they learn sounds can be blended together to make words.

In class I introduce groups CVC words after starting on beginning sounds. Most phonics programs intentionally teach the short sounds of letters so once children have a handful of those most common sounds (think /S/A/T/P/I/N/), CVC words can be used in more meaningful ways.

Samples From the Worksheet

When introducing CVC words, I like using these CVC word mats which feature real photos of familiar items making them easy to decode by early readers.

Why is rhyming important?

1. Rhyming teaches children how language works. It helps them notice and work with the sounds within words.

2. Rhymes help children experience the rhythm of language. As they recite nursery rhymes they learn to speak with animated voices. Someday they’ll read with expression, too.

3. When children are familiar with a nursery rhyme or rhyming book, they learn to anticipate the rhyming word. This prepares them to make predictions when they read, another important reading skill.

4. Rhyming is important for writing, too. It can help children understand that words that share common sounds often share common letters. For example, the rhyming words cat and bat both end with –at.

5. When listening to rhyming songs and poems children create a mental picture, expanding the imagination.

6. Because rhyming is fun, it adds joy to the sometimes daunting task of learning to read. 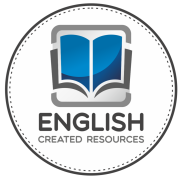 CVC Words Activities Sound It Out