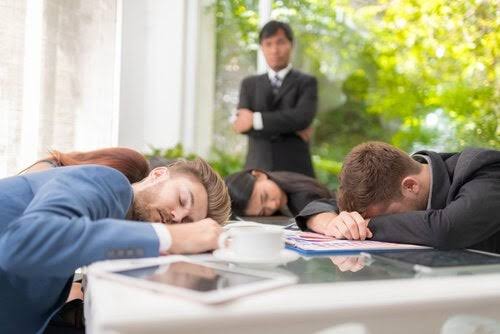 Those lazy, hazy days of summer aren’t too far off, 🌴☀ and hopefully, you’ll be able to relax like a slug at the pool, on the beach, or wherever warm days might take you last weeks of summer.
Although even if you’re feeling lazy, your vocabulary doesn’t have to be. ☝😎
✅ LAZY-BONES – A particularly lazy or indolent person.
● Come on, lazy-bones, you’ve spent half the day in bed. Time to get up and be productive!
✅ SLACK OFF – to work less hard or to be less than is usual or necessary.
● Workers tend to slack off on Mondays and Fridays.
✅ GET OFF (one’s) TAIL – To stop being idle, lazy, or unproductive. Taken literally, the phrase means to stand up ( because to be “on (one’s) tail” means to be sitting)
● You need to get off your tail and go find a job!
✅ BUM AROUND – a person who avoids work and sponges on others; To hang out with no particular plan.
● It’s nice to have a day off to just bum around.
✅ LAZY DOG – a lazy person.
● Get out of bed, ya lazy dog!
✅ COUCH POTATO – a lazy person whose recreation consists chiefly of watching television and videos.
● Lisa wants to date a man who loves to travel and explore, not a couch potato who watches television all the time.
✅ GOOD-FOR-NOTHING – if you describe someone as good-for-nothing, you mean that they are lazy and irresponsible.
● Ruth’s boyfriend was a rich, charming, but good-for-nothing man.
Related Articles
July 12, 2019
0 1,031 1 minute read
Share
Facebook Twitter LinkedIn Pinterest Reddit VKontakte Messenger Messenger WhatsApp Telegram Print
Share
Facebook Twitter LinkedIn Pinterest VKontakte Messenger Messenger WhatsApp Telegram Share via Email Print

Fall or fall down?

'Idioms with nationalities and countries'