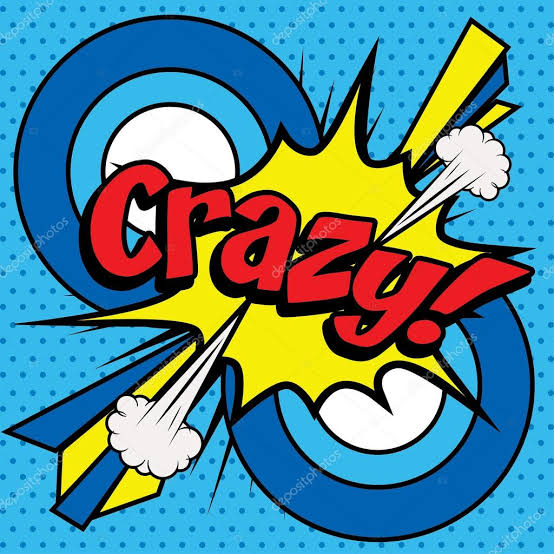 Blow one’s top
Meaning: Lose one’s temper
● Example: I think he’ll blow his top when you give him the news.
2. Blow up
Meaning: Explode
● Example: When I saw the look on Sarah’s face, I just know she’d blow up.
3. Fly off the handle
Meaning: Lose one’s temper suddenly and unexpectedly
● Example: I know you’re upset, but there’s no point flying off the handle like that.
4. Freak out
Meaning: A wildly irrational reaction or spell of behaviour
● Example: Mom will freak out when she found out we broke her vase!
5. Go ape
Meaning: Express wild excitement or anger
● Example: July will go ape if she ever hears about it.
6. Go ballistic
Meaning: Fly into a rage
● Example: My parents went totally ballistic when they found out I’d wrecked the car!
7. Go bananas
Meaning: To become irrational or crazy
● Example: I’ll end up going bananas if I have to work in this cubicle for one more day!
8. Go berserk
Meaning: To go crazy
● Example: She went berserk and strangled her cat.
9. Go bonkers
Meaning: To be or become wild, restless, irrational, or crazy; to act in such a way
● Example: The drivers in this country seem to go completely bonkers if there’s even a little bit of snow on the ground.
10. Go mental
Meaning: To suddenly become extremely angry
● Example: My parents are going to go mental if they find out we had a party here!
11. Go nuts
Meaning: To become crazy
● Example: The noise caused all the neighbours to go nuts.
12. Go off the deep end
Meaning: To unexpectedly become very angry, especially without a good reason
● Example: I only put a tiny scratch on your car, so there’s no need to go off the deep end.
13. Hit the roof
Meaning: To become very angry
● Example: My parents are going to hit the roof if they find out we had a party here!
14. Lose it
Meaning: To suddenly become unable to behave or think in a sensible way
● Example: Mom is going to lose it when she gets home and finds out that we broke her vase.
15. Pop one’s cork
Meaning: To release one’s anger; to blow one’s top
● Example: She tried to hold it back, but suddenly she popped her cork.
July 8, 2019
0 1,020 1 minute read
Share
Facebook Twitter LinkedIn Pinterest Reddit VKontakte Messenger Messenger WhatsApp Telegram Print
Share
Facebook Twitter LinkedIn Pinterest VKontakte Messenger Messenger WhatsApp Telegram Share via Email Print