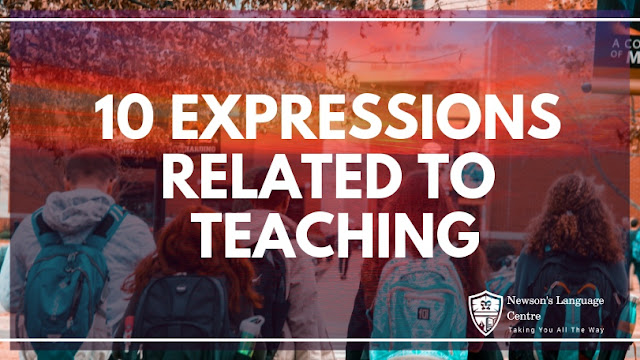 ● You can’t teach an old dog new tricks
If you try and teach an old dog new tricks, perhaps you are trying to teach someone a skill but they can’t learn it or they refuse to learn it. This can be really difficult if someone has learned bad habits for their whole lives.
● Don’t teach your grandmother to suck eggs
You shouldn’t teach someone who is really experienced to do something new, because the chances are they know it better than you.
● That’ll teach them!
Imagine someone has bullied you at school and you never got the chance to get back at them whilst you were at school. Now imagine that two years later, the same bully got in trouble for doing something bad, you could say: That’ll teach him.
● Those who can, do; those who can’t, teach.
The phrase implies that teachers only do their profession because they weren’t good enough to do it as their main job. It’s very rude if you think about it!
● Tricks of the trade
Tricks of the trade are pieces of information that people learn with experience to make their lives easier. This is accomplished by putting a lot of time into whatever the trade is! You can say that the tricks of the trade help you to cut corners or save time on things that would usually take a long time.
● To teach someone a lesson
Generally, this is used to indicate future revenge. You would say I’m going to teach him a lesson, but you can also use it in the past saying I taught him a lesson.
● You can lead a horse to water but you can’t make it drink.
You can show people how to do things and show them what is right but you cannot make them change or do something if they do not want to.
● Do as I say, not as I do.
In this case, if a parent has told their child not to shout but to speak calmly and then they start shouting at the child, the child may say “You tell me not to shout, but you’re shouting!” This is pure hypocrisy.
● To set a good example
Teachers and parents have a responsibility to teach a child by setting a good example to them. This is a contradiction to the last idiom! It means that you actually have to do the things that you tell others to do.
● Take it from me
An example would be if a student is constantly late for school because they are going to bed too late every night. The teacher will notice this behaviour and should try to speak to the student. The teacher will remember when they were a student and they didn’t want to go to bed or even go to school, but now they have the experience and the knowledge to know that it’s a good idea to go to bed early sometimes!
They can say something like: Take it from me, I used to hate going to bed, I thought it was so boring! But science tells us that it refreshes our brain and helps us to learn at school.
Related Articles
July 5, 2019
0 1,032 2 minutes read
Share
Facebook Twitter LinkedIn Pinterest Reddit VKontakte Messenger Messenger WhatsApp Telegram Print
Share
Facebook Twitter LinkedIn Pinterest VKontakte Messenger Messenger WhatsApp Telegram Share via Email Print

3 simple filters for communicating criticism without being a jerk.