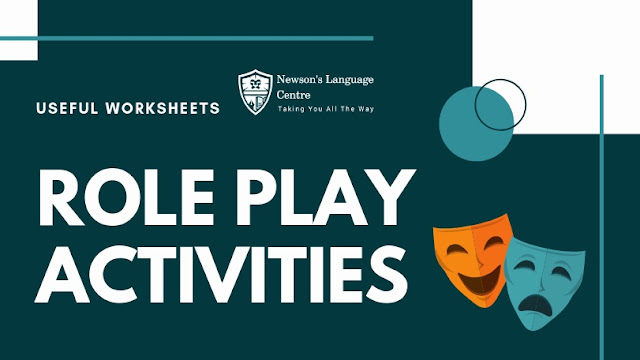 🎭 At a party – 18 role cards for a small group of adults who need to review basic introductions. Each card gives the student a role freely based on a celebrity.
🎭 What’s Your Alibi? Role Play (Past Simple vs Past Continuous)
Divide the ss into policemen and suspects. When everybody is ready, policemen question suspects separately. If the information suspects give is the same they are free to go. But the more different answers they give, the more likely they are to be the thieves.
🎭 Game – debates
Give each student two cards, agree & disagree. Choose one student from each side to explain his/her position and participate in a short debate.
🎭 Dialogue and Role Play Exercise (Two Siblings Fight Over a Car)
Two students fight over the car, but then, one of them goes out, and something unexpected happens. The dialogue sets the pattern of talking in English and leads gently into the role-play exercises. Best for pre-int to upper int.
🎭 Giving Advice Phrases and Situations (Healthy Lifestyle)
This worksheet contains different phrases for giving advice and short role-play situations for using them while talking about Healthy Lifestyle.
🎭 Passive Role-play: Blame It on Your Dog
This worksheet is a fun role-play to practice the passive voice (either past simple passive or present perfect passive). Students are to play the role of an infuriated parent, boss or teacher and a delinquent child, who has to think of excuses. E.g. of the language output: “Was it you who the coffee was spilt by?” – “No, mum, honestly, it was spilt by our cat when it was chasing a fly”.
Related Articles
July 5, 2019
0 1,021 1 minute read
Share
Facebook Twitter LinkedIn Pinterest Reddit VKontakte Messenger Messenger WhatsApp Telegram Print
Share
Facebook Twitter LinkedIn Pinterest VKontakte Messenger Messenger WhatsApp Telegram Share via Email Print

What is so “Big” about Big Questions?

10 ways to use DVD and Video in Your ESL Class