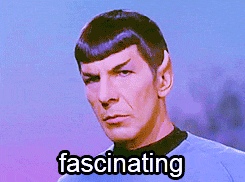 Hello ladies and gentlemen! This post is in response to a dear follower who asked about the difference between the following words: SUBURBS, DISTRICT, COMMUTER BELT, BOROUGH and OUTSKIRTS. So I shall oblige 😎
👉🏻SUBURB(S) = A suburb of a city or large town is a smaller area which is part of the city or large town but is “outside its centre.”
– Sidcup is a suburb of London (Sidcup is within the borders of London but is outside the official centre and is where people live)
– Altufevo is a suburb of Moscow.
So many students are thinking of “окраина” as the translation of suburb. But, it seems the Russian position of the suburb is beyond the city’s/town’s border. in English окраина/suburb is within the city borders but not in the official city centre.
👉🏻DISTRICT = a district of a city or town marked out for administrative purposes. business district, downtown.
– Docklands is the main financial district of London.
– But go to Soho for the renowned Red Light District! (Which I have never visited!)
👉🏻COMMUTER BELT = an area that includes a city/town and its surrounding commuter zone (the area in which it is practicable to commute to work in a city/town).
– The London commuter belt can go as far Brighton and Oxford.
– I wonder if Tver and Vladimir are in Moscow’s commuter belt or are they too far?
👉🏻BOROUGH = An administrative division of a city (London is split up into many “boroughs” which has it’s own administration)
– I was born in the London borough of Sidcup.
– The most rancid backwards borough of London is probably Peckham!
When I tell Russians where I live, I say: I live in the borough of Marino. Correct me if I am wrong but I think the Russian translation is: район.
👉🏻OUTSKIRTS (ON the … OF) = the areas that form the edge of a town or city.
– There is a nice T-34 museum on the outskirts of Moscow; on Dmitrovskaya Shosse.
– We can all go to a nice park on the outskirts of Moscow, near Khimki. We don’t want to travel too far away because we’ll get mega drunk!
Note!
SLEEPING DISTRICT is NOT used. When many students refer to the so called “Sleeping Districts” they should say “Suburbs” or “Residential Areas/Districts.”
Related Articles
July 5, 2019
0 1,023 1 minute read
Share
Facebook Twitter LinkedIn Pinterest Reddit VKontakte Messenger Messenger WhatsApp Telegram Print
Share
Facebook Twitter LinkedIn Pinterest VKontakte Messenger Messenger WhatsApp Telegram Share via Email Print