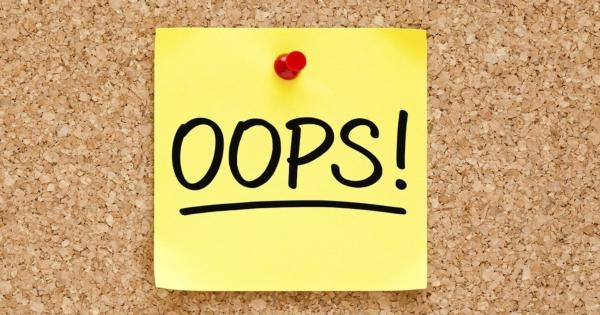 I hear this mistake all the time in class and now I will set the record straight!
➡ Grow = to increase in size or height/plants develop
– Puppies grow so fast when they are young
– These plants grow better if you don’t put Domestos on them.
– “Money doesn’t grow on trees”
✅ You CAN say: I like to grow plants and flowers (as a hobby)
🚧 You CAN’T say: I grow my children (that means they live in the garden and you pour water on them)
Grow can also be passive: These plants were grown outside.
➡ Grow up (intransitive verb) = mature in age (a person)
– My kids are growing up so fast these days.
– Stop being an idiot! Just grow up, grandpa!
– I grew up in London
Because this verb is intransitive, it CAN’T be passive.
✅ You CAN say: I was brought up in London
🚧 You CAN’T say: I was grown up in London (Horrible English!)
And you can only grow up YOURSELF.
✅ You CAN say: Joining the army made me really grow up! (correct)
✅ You CAN say: My 10 kids grew up in a loving family (correct)
🚧 You CAN’T say: I grew up 10 children alone (wrong! Better: bring up/raise)
➡ Raise and bring up = to feed, clothe, educate, discipline, teach respect from a baby to adult
Raise is the more formal version of the phrasal verb bring up. They mean the same. And both can be active and passive:
– I was raised in the forest by wolves
– I was brought up by 3 magic fairies.
– I raised 10 children by only giving them grechka.
– Bringing up children can be very hard.
– Raising children can be very hard.
We can convert the phrasal verb into a useful noun: Upbringing.
– I had a fantastic upbringing; I got everything I wanted.
● So, compare the following:
I was raised in London
I was brought up in London
I was grown in London
I was grown up in London
Related Articles
July 5, 2019
0 1,019 1 minute read
Share
Facebook Twitter LinkedIn Pinterest Reddit VKontakte Messenger Messenger WhatsApp Telegram Print
Share
Facebook Twitter LinkedIn Pinterest VKontakte Messenger Messenger WhatsApp Telegram Share via Email Print

10 Phrasal Verbs for a Casual Conversation

3 simple filters for communicating criticism without being a jerk.