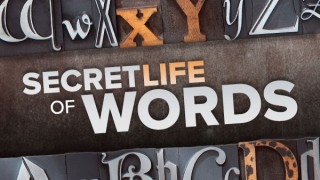 ✅ Meaning – ‘at a lower level than’.
Beneath is most common in formal writing. We don’t use it often in informal . In speaking, under and below are much more common.
Beneath as a preposition
We use beneath most commonly to describe the position of things which are at a lower level than something else:
● Archaeologists discovered a gold cup just beneath the surface at the site of a Roman villa.
● The metro station is right beneath the airport.
Beneath is particularly common when talking about the ground or surface directly under one’s feet:
● She could feel the train coming because the ground beneath her feet was moving.
Beneath as an adverb
Beneath as an adverb isn’t very common and we mostly use it in formal writing:
● She looked down from the balcony at the two men talking beneath.
● In the kitchen, there was a modern sink with cupboards and drawers beneath.
Beneath, under or below?
Beneath has a meaning similar to under and below but we do not use it with numbers:
● We bought it for just under 200 pounds.
Not: … for just beneath 200 pounds.
● The temperature was below zero all that week.
Not: The temperature was beneath …
We use beneath, not under, to talk about things which are at a lower level in terms of a person’s abilities, status or expectations. We often use beneath not under when someone feels that they are too important or too intelligent to do something.
Imagine a student is commenting on a language course:
● The writing and grammar courses were good but maybe a bit beneath my expectations.
Not: … maybe a bit under my expectations.
Related Articles
July 5, 2019
0 1,030 1 minute read
Share
Facebook Twitter LinkedIn Pinterest Reddit VKontakte Messenger Messenger WhatsApp Telegram Print
Share
Facebook Twitter LinkedIn Pinterest VKontakte Messenger Messenger WhatsApp Telegram Share via Email Print

10 Phrasal Verbs to Help You With Technology - part II

10 Phrasal Verbs to Help You With Technology - part I.

AT THE LESSON…… DOESN’T EXIST IN ENGLISH!