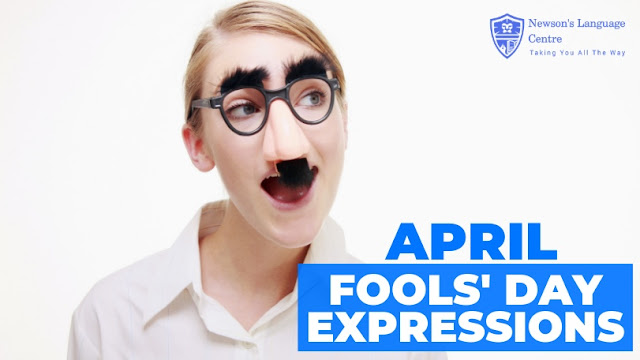 ✔ Make fun of (or poke fun at) – to make jokes about someone or something in an unkind way.
➡ Example – The other children made fun of her because she was always so serious.
✔ Prankster (noun) – someone who plays tricks on other people.
➡ Example – You weren’t the first prankster to destroy the car I rent from mum, and you won’t be the last.
✔ A figure of fun – someone who is laughed at by other people.
➡ Example – I wish the little Irish girl wouldn’t make us figures of fun, said Ben, speaking in an annoyed tone.
✔ Laughing stock – someone or something that everyone thinks is very silly.
➡ Example – Another performance like that and this team will be the laughing stock of the league.
✔ For a laugh – If you do something for a laugh, you do it for enjoyment.
➡ Example – Just for a laugh, I pretended that I’d forgotten it was his birthday.
✔ Make a monkey out of someone – to make someone seem stupid.
➡ Example – I’m not going to dance too much at the party because I don’t want to make a monkey out of myself in front of my coworkers.
✔ Laugh someone/something out of court (informal) – if you laugh someone or something out of court, you show them that you think their ideas or suggestions are very silly.
➡ Example – When she suggested trying the new treatment, they laughed her out of court.
✔ Pulling someone’s leg – teasing (making fun of) somebody.
➡ Example – Stop pulling my leg. I know you’re only kidding!
Related Articles
July 5, 2019
0 1,024 1 minute read
Share
Facebook Twitter LinkedIn Pinterest Reddit VKontakte Messenger Messenger WhatsApp Telegram Print
Share
Facebook Twitter LinkedIn Pinterest VKontakte Messenger Messenger WhatsApp Telegram Share via Email Print

CUISINE or KITCHEN or DISH