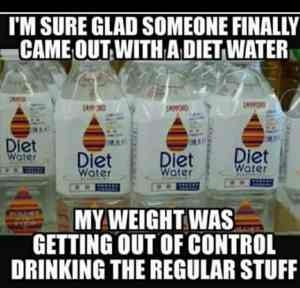 ● Watery grave – If someone has gone to a watery grave, they have drowned.
Example: They went to a watery grave while they were swimming.
● Hot water – If you get into hot water, you get into trouble.
Example: He found himself in hot water over his speech about immigration…
● Water over the dam – If something has happened and cannot be changed, it is water over the dam.
Example: The fact that I hurt her is water over the dam.
● Water under the bridge – If something belongs to the past and isn’t important or troubling any more, it is water under the bridge.
Example: I don’t want to talk about that—it’s all water under the bridge now.
● Water off a duck’s back – If criticism or something similar is like water off a duck’s back to somebody, they aren’t affected by it in the slightest.
Example: He’s always been told he’s lazy, but it’s just water off a duck’s back to him.
● Like a fish out of water – If someone feels like a fish out of water, they are very uncomfortable in the situation they are in.
Example: I always feel like a fish out of water in literature lessons.
● Keep your head above water – If you are just managing to survive financially, you are keeping your head above water.
Example: With extra income from my father, I just keep my head above water.
● You can lead a horse to water, but you can’t make it drink – This idiom means you can offer something to someone, like good advice, but you cannot make them take it.
Example: What can I do if he doesn’t accept the situation: I can lead a horse to water, but I can’t make it drink.
● Be in deep water -To be in a difficult situation which is hard to deal with.
Example: We’re going to be in deep water if the bank refuses to authorize a bigger loan.
● Could talk under water – Someone who could talk under water has a lot to say in any situation.
Example: Most of us were very quiet, but Ibrahim could talk under water, so he kept the conversation going.
Related Articles
July 5, 2019
0 1,014 1 minute read
Share
Facebook Twitter LinkedIn Pinterest Reddit VKontakte Messenger Messenger WhatsApp Telegram Print
Share
Facebook Twitter LinkedIn Pinterest VKontakte Messenger Messenger WhatsApp Telegram Share via Email Print